The social consequences of being overweight and obese are serious and pervasive. Overweight and obese individuals are often targets of bias and stigma, and they are vulnerable to negative attitudes in multiple domains of living including places of employment, educational institutions, medical facilities, the mass media, and interpersonal relationships.

What is weight stigma?

Stigma and bias generally refer to negative attitudes that affect our interpersonal interactions and activities in a detrimental way. Stigma may come in several forms, including verbal types of bias (such as ridicule, teasing, insults, stereotypes, derogatory names, or pejorative language), physical stigma (such as touching, grabbing, or other aggressive behaviors), or other barriers and obstacles due to weight (such as medical equipment that is too small for obese patients, chairs or seats in public venues which do not accommodate obese persons, or stores which do not carry clothing in large sizes).

Q: Where are school educators and psychologists now in their awareness of the effects of weight stigma and fat shaming on students?

A: Recent research suggests that many educators are becoming increasingly aware that weight-based bullying and teasing is a problem in the school setting. The National Education Association issued a report in 2011, in which thousands of educators across the country were surveyed and asked what type of bullying they perceived to be most problematic. Weight-based bullying came out on top.

Having said that, there is very little training or education about the harmful effects of weight bias on children, which is badly needed.

Let's Leave Off the Label

Weight stigma in childhood associated with obesity in early adulthood

Weight Bias at Home and School

A Judgmental Doctor May Make It Hard to Lose Weight

Obese people are less likely to lose weight if they feel they're being judged by their doctor, a new study suggests.

To come to this conclusion, researchers conducted an Internet survey of 600 overweight and obese adults in the United States who made regular visits to their primary care doctor.

"Negative encounters can prompt a weight-loss attempt, but our study shows they do not translate into success," study author Dr. Kimberly Gudzune, an assistant professor in the division of general internal medicine at the Johns Hopkins University School of Medicine in Baltimore, said in a Hopkins news release.

"Ideally, we need to talk about weight loss without making patients feel they are being judged," she said. "It's a fine line to walk, but if we can do it with sensitivity, a lot of patients would benefit." 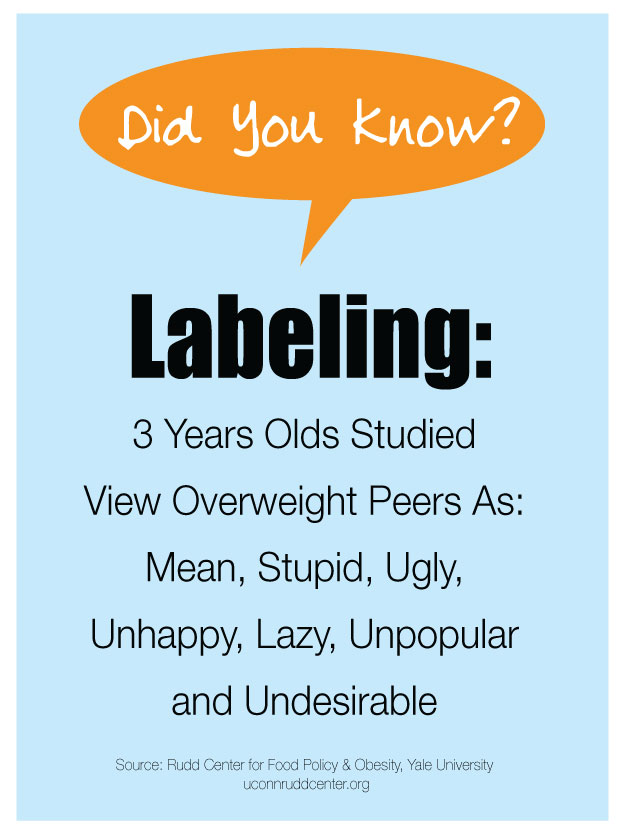